This installation is a follow-up to my previous installations Dog[LAB]01 & Dog[LAB]02 which were already questioning animal experimentations.

The audience is invited to watch these 4 different "Botched Dollies", named after the first cloned sheep and in reference to the term "botched taxidermy" that Steve Baker uses in his book "The postmodern animal".

These "Botched Dollies" embody frequent pathologies and side effects of cloning experiments commonly used in breeding industry, some animals exhibit behavioral/morphological pathologies or malformations, some others need prosthesis or plasters.

The robots are here not only a medium to embody questions about cloning, but also the fact that these animals are robots moreover that they are suffering from human or animal pathologies, reminds us that the more life-like robots become, the more prone they’ll be to illness and human diseases, challenging the Utopian dreams of trans-humanists in which robotic technology was seen as a means of overcoming our mortality. 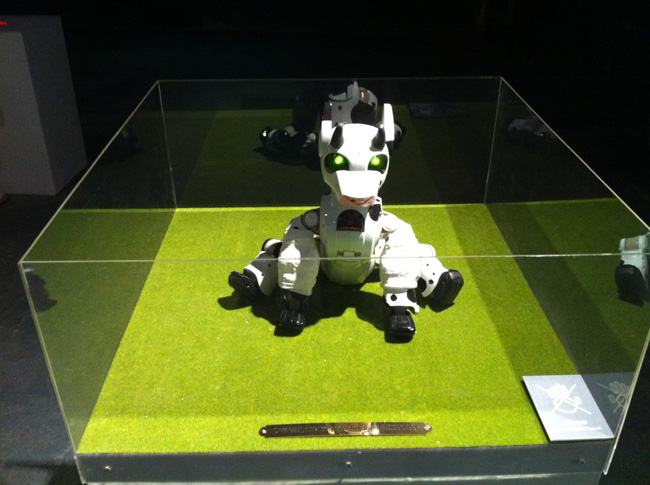 "Botched Dollies" is a prduction of MAC